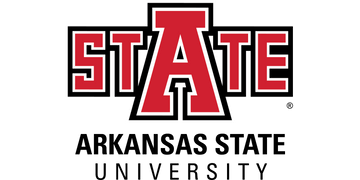 Founded in 1909 and accredited by The Higher Learning Commission of the North Central Association, the university has maintained its student-centered teaching tradition while achieving Carnegie R2 status as a national doctoral-granting university.  Arkansas State offers 47 degree programs within 163 major fields of study across the doctoral, specialist, master, bachelor, and associate degree levels.  A-State Online is the largest provider of digitally accessible programming in the state of Arkansas.  The Jonesboro campus is host to the first osteopathic medical school in Arkansas, New York Institute of Technology College of Osteopathic Medicine at Arkansas State, and operates the first American-style residential campus in Mexico, A-State Campus Querétaro.  Home to more than 13,000 students, including from over 50 countries, and more than 100,000 alumni, Arkansas State is the largest campus of the Arkansas State University System. More information about Arkansas State can be found at AState.edu, and more information about the ASU System can be found at ASUSystem.edu.

Arkansas State University seeks a visionary, innovative, and consensus-building individual to lead the university in its second century of service.  The preferred candidate will have a sustained record of character and integrity deserving of the public trust, an earned doctorate or recognized terminal degree, a minimum of five years of leadership experience in a university setting, a demonstrable commitment to the ideals of excellence, diversity, community engagement, and student success, and a successful track record working in an environment of strong shared governance.  To learn more about the detailed responsibilities of the chancellor, go to AState.edu/ChancellorSearch.

Review of applications will begin on May 23, 2022, and continue until the position is filled.  Under the provisions of the Arkansas Freedom of Information Act, applications are subject to public inspection.  The new chancellor will assume office on a date mutually agreed upon with the System President and Board of Trustees.

Application materials (to include a letter of interest, a curriculum vitae, and the names, addresses, telephone numbers, and e-mail addresses of five references) must be electronically submitted (MS Word or Adobe PDF) via president@ASUSystem.edu.

All other communications should be directed to:

Executive Assistant to the System President