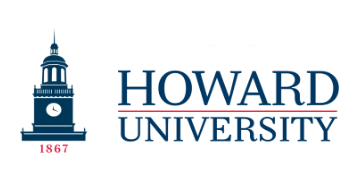 Washington, DC The Howard University Board of Trustees seeks an inspirational, innovative, and strategic leader who embraces Howard’s historic legacy to serve as its 18th president. Established in 1867 and regarded as one of the nation’s most prestigious institutions of higher learning, Howard University is a federally chartered, private Historically Black University with an impressive and rapidly growing research portfolio. The University has long held a commitment to the education of disadvantaged persons in American society and throughout the world with a goal to eliminate inequities related to race or color, or social, economic, and political circumstances.

As the only truly comprehensive predominantly Black university in the nation, Howard is one of the major engineers of change in our society. Through its traditional and innovative academic programs, the University seeks to improve the circumstances of all people in the search for peace and justice on earth. Providing access and facilitating affordability to a Howard University education, especially among communities of color, is paramount.

Howard has awarded more than 100,000 degrees in the arts, sciences, and humanities and ranks among the highest producers of the nation’s Black professionals in the arts and sciences, business, communications, dentistry, divinity, education, engineering and architecture, fine arts, law, medicine, nursing and allied health, pharmacy, and social work. Howard University has historically constituted the largest gathering of Black scholars across the globe and is the only HBCU to be ranked in the top 100 (#89) on the U.S. News & World Report Best National University Rankings.

The University upholds its commitment to “Excellence in Truth and Service” and has produced one Schwarzman Scholar, three Marshall Scholars, four Rhodes Scholars, 12 Truman Scholars, 25 Pickering Fellows and more than 165 Fulbright recipients. Howard also produces more oncampus African American Ph.D. recipients than any other university in the United States. Among its exemplary alumni are some of the most recognized names in our society from the first Supreme Court Justice of color Thurgood Marshall to the acclaimed novelist Toni Morrison and the Vice President of the United States Kamala Harris.

In the last few years, the University’s profile has increased substantially, and Howard remains committed to further enhancing its strategic positioning as one of the top research universities in the nation. The next president will continue to build on the legacy of its current president, taking Howard to new heights as a model for regional, national, and international success.

TO APPLY Howard University has retained Isaacson, Miller to assist in this recruitment. All inquiries, nominations, referrals, and applications should be sent in confidence to:

Howard University does not discriminate on the basis of race, color, national and ethnic origin, sex, marital status, religion, or disability. Inquiries regarding provisions for persons with disabilities, equal employment opportunity and Title IX should be directed to the Chief Human Resources Officer at (202) 806-1280