DEAN OF THE SCHOOL OF FILM AND TELEVISION 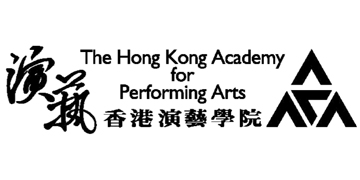 DEAN OF THE SCHOOL OF FILM AND TELEVISION

In a city renowned for its international outlook and connectivity, The Hong Kong Academy for Performing Arts plays a unique and influential role in developing future generations of performing artists that include performers, practitioners, designers and technicians. The Academy’s six Schools: Chinese Opera, Dance, Drama, Film & Television, Music, and Theatre & Entertainment Arts create a vibrant centre of practice, production, teaching and practice-as-research. Its outstanding reputation is reinforced by the quality of its performers and its partnerships with other centres of excellence locally, regionally and internationally. With international residencies, visiting artists and alumni, including some of the most respected professionals in their disciplines, the Academy is committed to the training of future world-class performers and practitioners. The Academy is ranked number 1 in Asia and number 10 in the World for Performing Arts by the QS Rankings.

The Dean will be a significant performing arts practitioner and/or scholar, who will build on recent strengths and developments of the School of Film and Television, leading the implementation of the overall vision and future growth and academic development of the School, working closely with senior staff to promote innovative enhancements in the delivery of performing arts education, with a particular focus on the Academy’s unique strengths, including its location in a dynamic and diverse cultural metropolis, and its focus on interdisciplinary collaboration and original creativity. The Dean will also play an important role in the development of local, regional and international partnerships, building upon existing strengths and developing new areas that support the overall growth and positioning of the School.

Subject to negotiation, the preferred commencement date is September 2023.

The Person
The successful candidate should have a track record as a leading expert in the field of Film and Television production, including the following attributes:
(a)    Strong academic and/or professional background in respective discipline, preferably with knowledge of practice-as-research.
(b)    Strong track record of teaching, scholarly achievement and curriculum development.
(c)    Significant accomplishments in academic, artistic and administrative fields.
(d)    A successful track record of leadership within an educational institution or similar performing arts based organisation, including evidence of innovative approaches to programme management and development.
(e)    Solid knowledge of trends and developments in performing arts education, as well as an in-depth understanding of its role within a performing arts and conservatoire context.
(f)    A strong vision for the School and its future development, alongside the Academy’s other schools and in line with the Academy’s strategic vision.
(g)    High-level interpersonal and communication skills.
(h)    Evidence of successful outcomes in building productive partnerships among tertiary institutions, industry, and community groups.
(i)    A willingness and enthusiasm to embrace, lead and manage change.

TERMS OF APPOINTMENT
Appointment will be made on a four-year renewable contract with 15% end of contract gratuity. Fringe benefits include leave, medical, and dental benefits. Housing subsidy will be provided to the eligible appointee.

APPLICATIONS
To apply, please complete an Application Form (https://www.hkapa.edu/file/content_block/124/P-21%20(2017-09_01).pdf) and submit together with a covering letter, curriculum vitae and copies of academic qualifications, to the Human Resources Office, The Hong Kong Academy for Performing Arts, No.1 Gloucester Road, Wanchai, Hong Kong, or email (hro@hkapa.edu).  Please quote reference code ‘Dn(F/TV)’ in the Application Form.  Applications are now open until the post is filled.

HKAPA is an equal opportunity employer

Personal data collected will be used for recruitment-related purposes only.