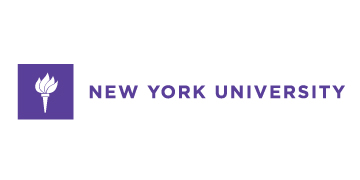 The Skirball Department of Hebrew and Judaic Studies of New York University invites applications for the position of Henry Taub Professor of Israel Studies. The appointment will be at the senior rank (associate or full) and will begin on September 1, 2023, pending administrative and budgetary approval. The appointee is expected to have a significant record of scholarly publications based on original research in any aspect of Israel Studies. Candidates whose work covers diverse aspects of Israeli society and whose competence includes one of the languages of Israel in addition to Hebrew are preferred (e.g. Arabic, Russian, Amharic). We welcome applicants who work in interdisciplinary, transnational, or emergent fields of study.

The appointee is expected to teach courses at the undergraduate and graduate levels, the latter including Hebrew readings. The appointee will serve as director of the Taub Center for Israel Studies and will organize academic programming throughout the year – such as lectures, conferences, and workshops – on all aspects of Israel Studies. As director of Taub, the appointee will also work closely with NYU Tel Aviv (NYUTA). NYUTA, founded in 2009 and serving over 100 undergraduate and graduate students and faculty in several programs annually, is one of the 14 global academic centers and sites of NYU's global network. NYUTA offers a wide range of undergraduate courses in Israel Studies (and other topics) and offers research opportunities for NYU faculty and graduate students.

Applications may be submitted as early as September 15 and no later than October 1, 2022 via Interfolio: apply.interfolio.com/111020.

Applicants should submit the following: cover letter, curriculum vitae, description of research and teaching interests, Israel Studies statement, sample syllabi, and three samples of recently published scholarly work. Three academic letters of recommendation must be submitted for the candidate directly on Interfolio. Inquiries on the position may be directed to the chair of the search committee, Prof. Elisha Russ-Fishbane: elisha.russfishbane@nyu.edu.

Israel Studies Statement: Candidates should include a statement on how they conceive of the field of Israel Studies and how this will inform their vision for the Taub Center.

Diversity Statement: Diversity is an important part of the NYU mission. The cover letter should also include a briefly statement on how diversity is part of your pedagogy and, if applicable, research. Information about NYU diversity and inclusion statements may be found at http://as.nyu.edu/departments/facultydiversity/recruitment/diversity-statements.html.

The Faculty of Arts and Science at NYU is at the heart of a leading research university that spans the globe. We seek scholars of the highest caliber, who embody the diversity of the United States as well as the global society in which we live. We strongly encourage applications from women, racial and ethnic minorities, and other individuals who are under-represented in the profession, across color, creed, race, ethnic and national origin, physical ability, gender and sexual identity, or any other legally protected basis. NYU is an equal opportunity/affirmative action employer and affirms the value of differing perspectives on the world as we strive to build the strongest possible university with the widest reach. To learn more about the Arts & Science commitment to diversity, equity, and inclusion, visit https://as.nyu.edu/departments/facultydiversity.html.