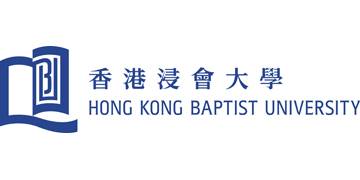 Hong Kong Baptist University (HKBU) invites nominations / applications for the position of Provost of the University, tenable in early 2023 or soon thereafter.

Founded in 1956, Hong Kong Baptist University (HKBU) aims to be a leading research-led liberal arts University in Asia for the world delivering academic excellence in a caring, creative, and global culture.  HKBU has a student population of around 11,000 and a broad range of undergraduate and postgraduate programmes up to the doctoral level.  Currently, the University has an academic and teaching staff strength of about 1,000.  Beyond Hong Kong, HKBU runs a unique liberal arts college, the United International College, with Beijing Normal University in Zhuhai as well as research centres in other parts of China.

Energised by its 10-year Institutional Strategic Plan (ISP) and with an ambitious Talent100 recruitment initiative fully under way, HKBU is poised to transform itself from an institution with an established regional presence into one with an international reputation for excellence.  As part of the ISP, the University is rapidly expanding its world-class infrastructure to providing an outstanding environment for learning and research.

Further information about the University can be found on the website at http://www.hkbu.edu.hk.

HKBU is looking for a dynamic leader who can play a key role in the transformation of the University at a pivotal moment in its history.  Reporting to the President and Vice-Chancellor (P/VC), the Provost serves as the chief academic officer of the University and assists the P/VC to steer the execution of the University’s ISP.  The role oversees all academic units (Faculties/Schools), the Library, and the Office of Institutional Research and Planning, provides vision and leadership in planning, developing, and implementing the University’s academic programmes, and ensures the growth and quality of all educational offerings and academic support functions.  The Provost advises the P/VC on academic affairs and is the spokesperson for the faculties, departmental chairpersons, and academic deans with regard to the instructional programmes, budget proposals, and academic policies.  The Provost is an advocate for the University’s commitments to academic excellence.

The Role
•    Oversees (i) the Schools, Faculties, and transdisciplinary units; (ii) academic programmes and support services; (iii) academic staff recruitment, management, and development; as well as (iv) the respective human resources policies.
•    Accounts for all aspects of the academic programmes, including academic priorities, operations, long-range planning, resources management and development, strategic planning, and budgeting.
•    Assists the P/VC in steering the execution of the University’s ISP and driving the University’s Mainland strategy and collaboration with other higher education institutions, nationally, regionally, and internationally.
•    Promotes a data-driven culture within the University.

The Candidate
•    Possesses excellent academic stature and global perspective as a visionary academic leader with proven track record in strategic planning and execution that could lead the University towards academic excellence.
•    Commits to teaching, research, and knowledge transfer with a vision to maximise the intellectual power of the University.
•    Works with diverse groups across the academic community.
•    Possesses profound understanding of higher education in Hong Kong, Mainland, and internationally.
•    Effects changes to advance the University’s vision and mission.
•    Motivates academic staff commitment to excellence in alignment with the organisational priorities and initiatives, appropriately recognizing employee accomplishments.
•    Manages people effectively, making sound personnel decisions, and fostering professional development of subordinate staff through appropriate tasks assignment and delegation.

Application/nomination procedures:
Interested parties are invited to send their applications or nominations to Heidrick & Struggles via hkbu-provost@heidrick.com.  Applications should include a cover letter and a detailed resume.