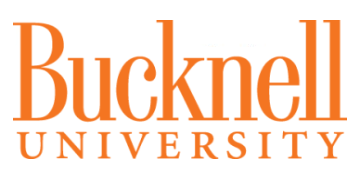 Apply on website (This will open in a new window from which you will be automatically redirected to an external site after 5 seconds)
You need to sign in or create an account to save a job.
Send job

The Department of Women's and Gender Studies at Bucknell University invites applications for a tenure-track, open rank position in Gender and Health to begin August 2023. We seek a women's/gender/sexuality studies teacher-scholar with a specialization in Gender and Health, whose primary research focus is gender, race, and ethnic health disparities in the U.S.

Successful candidates will have earned a Ph.D. in Women's/Gender/Sexuality/Feminist Studies or in another relevant interdisciplinary field or social science discipline by the time of appointment, and will bring methodological expertise that will complement those already existing in the department.

The teaching load at Bucknell University is five courses per year. The person hired into this position will be expected to teach Introduction to Women's and Gender Studies; Gender, Race, and Health; additional courses in their area of specialization; and to develop courses that will contribute to the broader curricular goals of the College of Arts and Sciences. Bucknell welcomes candidates who demonstrate excellence in reflective multicultural and inclusive teaching practices and who display a strong commitment to collaboration and interdisciplinarity.

Applications should include 1) a Cover Letter, 2) a Curriculum Vitae, and 3) a Diversity Statement (a brief statement describing how a commitment to diversity and inclusiveness is demonstrated in the candidate's teaching, research, service, and/or mentoring). Candidates invited to the next stage will be asked for sample syllabi, a sample of scholarship, and three confidential letters of recommendation. Applications will only be accepted through Bucknell's online career center (careers.bucknell.edu). Review of applications will begin by August 31, 2022, and the search will remain open until the position is filled. Questions about the position can be directed to Prof. Karline McLain (kmclain@bucknell.edu).