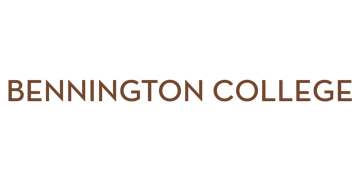 Bennington College, an innovative and distinguished liberal arts college, seeks an experienced and student-centered leader to serve as its next Director of Financial Aid.

Reporting to the vice president for enrollment, the director of financial aid will lead a team of three staff charged with administering a financial aid program consisting of federal, state, and institutional funds that exceed $30 million annually. In addition to undergraduate students, the Office of Financial Aid serves Bennington's graduate and post baccalaureate programs. As a member of a student-centered liberal arts college, the director of financial aid will lead an efficient and effective financial aid operation with an eye toward continued student success. A deep understanding of the financial aid landscape and its ongoing changes and an ability to adapt a strategy to accommodate those developments will be fundamental to success and will be foundational qualities for the next leader. Bennington College is a highly collaborative environment, and the successful candidate will be a generous and diplomatic communicator who excels at bringing stakeholders together. The successful candidate will possess a bachelor's degree and at least 7 years of increasingly responsible experience in financial aid.

Bennington is an innovative and distinguished residential liberal arts college that has, since its founding in 1932, been a laboratory for new ideas and an intellectual home to countless artists, activists, and thinkers who have shaped contemporary culture. The college was the first to include the visual and performing arts in a liberal arts education, and it is the only college to require that its students spend a term—every year—at work in the world. Bennington’s nearly 800 students (697 undergraduate and 102 graduate) work intensively with faculty and staff to forge individualized and hands-on educational paths around their driving questions and interests, and also devote themselves to a number of community outreach efforts, often tied to the endeavors they are pursuing in their coursework.

Situated on 440 breathtaking acres in Bennington, Vermont, the campus is a convergence of creative minds, distinctive buildings, and expansive spaces. Bennington has been named one of ten college campuses with the best architecture by Architectural Digest. From campus, it is a short drive to MASS MoCA, Clark Art Institute, and other cultural offerings of the northern Berkshires in Massachusetts; Albany, New York; and many of Vermont’s top recreational centers. New York City, Boston, and Burlington are all within three and a half hours by car.

Inquiries, nominations and applications are invited and can be directed to WittKieffer consultants Lisa Meyer and Kati Sweaney at BenningtonDirectorFinancialAid@wittkieffer.com

Candidates should provide, as two separate documents, a resume and a letter of application that addresses the responsibilities and requirements described in the Leadership Profile, available at wittkieffer.com. Application materials should be submitted using WittKieffer's candidate portal. For fullest consideration, applicant materials should be received no later than October 1st, 2021.

Bennington College is committed to a policy of nondiscrimination as defined under applicable state and federal laws, including but not limited to Title IX of the Education Amendments of 1972, which prohibits discrimination on the basis of sex in education programs and activities. The College does not discriminate in its programs and activities on the basis of race, color, age, sex, religion, disability, national or ethnic origin, sexual orientation, gender identity, HIV test, or any other legally protected status.