The Etiquette of Accepting a Job Offer

The academic job market is overcrowded, but departments are hiring, and each year thousands of graduate students and other candidates will get phone calls offering them tenure-track positions. It is typically a moment of mutual giddiness. The department heads are excited at the prospect of a terrific new colleague; the job applicants now know that their immediate future is assured. Then, well, complications may ensue.

Unless a hiring contract has been worked out ahead of time (a rarity), a new round of potentially awkward interplay begins.

The chair’s concerns include: Will she accept? Will I be competing with other offers? Will the dean (or other senior administrators) approve of the package I want to offer? The chosen candidate may be wondering: Should I see if I get other offers? What can I ask for that doesn’t make them angry? Will I get the best deal possible?

For both parties, those are good worries—much better than the stress of a failed search for the chair or of no offers for the applicant. But both should proceed carefully, because what they say and do now can have consequences in the years ahead.

You shouldn’t apply for a job unless you intend to take it. That said, you may learn things after applying that lead you to change your mind. Perhaps during the campus visit you discover a toxic atmosphere for junior faculty members or poor facilities for your research. Even at the contract-negotiations stage, you might find the final salary offer too meager or the research support insufficient. Nowadays spouses and partners are wild cards as well. So you may encounter reasons to decline, but if you indeed want the job—and you want to get to “yes” efficiently and amicably—here are some informal rules of order:

Keep the future in mind. Obviously, you want to get the best deal possible, for now and later. A few extra thousand dollars of base salary for a twenty-something assistant professor may pay out in hundreds of thousands of dollars over the length of a career and in retirement.

The long-term goal here is your success on the tenure track. That takes some money upfront. A start-up package for a new physical scientist in some disciplines here at my university ranges up to $1-million to create a lab and a team that will attract grant money and scholarly attention. So in any discussions about research and teaching support, facilities, and equipment, you must be clear about what you need.

But the chair is also thinking, and you should too, about how this deal might affect how you are viewed in the department. A newly hired assistant professor on another campus told me how his self-congratulation on negotiating a choice parking spot as part of his hire diminished when he discovered that the entire senior faculty was on a waiting list for that lot and resented the newcomer jumping ahead in line. Both the chair and job candidate should try to find an arrangement that is seen as win-win by each of them and, if possible, by other faculty members as well.

Get a sense of the chair’s philosophy of hiring. When I meet job finalists, I like to prepare them for the negotiation to come by saying the following: “I don’t like negotiating, because the implication is that I’m trying to get something less for you than you deserve. If I call to offer you a job, I’ll have already prepared the best offer we can make, the exceptions being specialized equipment or such that I haven’t thought of.” Not a few chairs and deans follow similar customs. On unionized campuses, some items, like salaries, may be fixed and nonnegotiable.

Even if negotiations entail real bargaining, it is important in that initial phone call to have a good-natured discussion about how the negotiations will take place. For example, does the chair want to proceed in conversation first and then put offers and counteroffers in writing? How much time will the candidate have before the offer expires? Which areas of negotiation fall within the limits of possibility and which don’t?

Ask about contact parameters. Part of the awkwardness of hiring negotiations is that they should be as secret as possible, for several good reasons. First and primarily, if you reject the offer, the chair wants to be able to go to another candidate and not have it be open knowledge that that person was the second choice. When I extend a job offer, I request that applicants limit their consultations about negotiations to trusted mentors. Please don’t blog or tweet, “Hey! Just got job offer from Midwest State U. What should I ask for?”

In many departments, the internal etiquette is that negotiations remain confidential between the chair and the finalist. No chair is happy to hear that you sent a mass e-mail out to your potential new colleagues and got a laundry list of suggestions. The simple expedient is to ask the chair how he or she would like to proceed. Accept that the response may be, “I’d rather you not talk to anyone on our faculty, and limit your consultations to your own mentor or chair.”

Research precedents. During your interviews, try to subtly gather data that could help you in contract negotiations, should you get an offer. Ask junior faculty members what kind of support they received when they were hired, and maybe even find out what they wished they had asked for but didn’t. However, restrict those conversations to the tenure trackers. Senior professors may not know what kind of contract recent hires obtained, and their original contracts are probably out of date for you in terms of salary.

Make sure you do not trigger the envy reflex. Avoid, for example, reminding faculty members about the very real and unfortunate problem of salary compression, whereby a new hire might be paid only a little less than a 20-year veteran.

Some senior faculty members may see it as presumptuous for you to bring up possible contract details before you are actually offered a job. So keep your investigation low-key and localized.

Keep your mentors’ advice in perspective. Your advisers will very likely have a checklist of items that you should consider in contract negotiations. Their suggestions, while invaluable, are only suggestions.

A case in point is the very first contract negotiation in which I participated—my own. My dedicated advisers gave me innumerable tips on things to ask for, including a particular computer and summer travel money. I dutifully sent off this long list to my soon-to-be employer. Wrong move. The department chair replied, “Well, we pretty much have a standard deal for all new hires, so that’s what you’ll get.” I also got a sense he felt that my list of “suggestions” was (a) a curt rejection of his initial offer and (b) overreaching. Luckily, the standard deal turned out to be excellent. I think in retrospect I should have probed more about how he wanted to talk about a contract and focused less on minutiae.

Be polite, upbeat, and grateful. Tone matters even more than usual in the delicate offer-overture period. An assistant professor at a community college swears that he ruined his relationship with his new chair because, as he learned later, the chair felt “the kid did not sound grateful enough.” Whatever your questions or quibbles about the contract, you always want to make sure the department has heard how much you appreciate its interest in you.

If I, as a chair, feel that you want to get to “yes” and “make it work,” I am naturally more enthused about closing the deal to your satisfaction. Alternatively, one department head described an incredibly painful set of negotiations in which the candidate’s attitude seemed to be: “You’re lucky to get me, so I’ll make you pay.” The chair decided that the candidate just wasn’t worth the grief. Spoiling the deal proved to be preferable to putting up with someone in the long run who promised to be insufferable.

Explain why you want what you want. If, for example, you need a particular piece of equipment or money for a yearly conference, add a short but comprehensive reason. Place your requests within the context of your looking forward to being a productive new member of the department.

Salary, the most obvious major point of negotiation, can be similarly contextualized. Have you investigated the average starting salaries for your subfield at peer institutions? Do you know what the trend has been in salaries of recent hires in this particular department?

Be ready to compromise. The word “negotiate” itself implies give and take. If you really want to get to yes, you may have to accept that there are certain things—such as an exact salary figure or a set amount of research support—that may not be negotiable at all.

Begin by searching your own soul. How much do you need or want this job? Is this the only offer you are going to get? What do you think is essential for you to succeed in your new job, support your family, and be a productive colleague?

If you know where you want to end up in negotiations, it will be easier to get there. You also will avoid one thing that department chairs dislike intensely: when they think they’ve worked out a deal only to be met with an unexpected additional set of demands.

Most vital, as in so many other areas of hiring, promotion, and tenure, your “read the room” skills are called upon. You should get a sense from the chair—if not from words, then from tone—when you are threatening to exceed the limits of her or his budget and perhaps patience. A few compromises and sacrifices may prove much more valuable in the coin of goodwill than would an extra $500 in salary.

Negotiating a tenure-track offer to “yes” should not be a painful exercise. The key ingredients for success are honesty and practicality. Both parties should keep in mind that the goal is not just a signed contract but the culmination of the first step on a long road to mutual benefit. 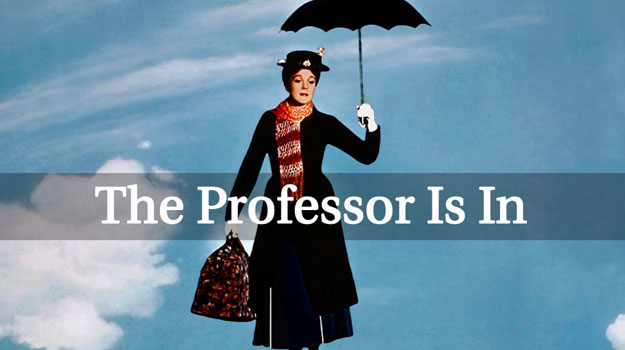