Some Lesser-Known Truths About Academe

Once you enter a doctoral program, the main problem isn’t necessarily that you can’t finish. I know very few people who left graduate school because they weren’t smart enough to finish — it happens, but it’s rare. More often people leave because they just decide getting a Ph.D. isn’t for them. The truth is: It’s very difficult to understand what academic life is like until you actually try it, and lots of people try it and decide it’s not a good fit.

This, then, is why you should be wary of any advice you receive from professors about graduate school: It’s coming entirely from people who decided that academe was a good fit for them.

That is what’s called a “selection problem,” and it arises when the sample of data you have is generated by the process you want to try to understand. There’s nothing ill-intentioned about it, but the fact of the matter is, your professors aren’t a random sample of the general population or of people who applied to, started, or even finished graduate school. They’re professors, and so they’re probably more likely than the average person to enjoy being a professor.

As a postdoc who has decided to leave academe, I would like to offer a different perspective.

Some aspects of graduate school and academic life aren’t good for anyone — things like, for example, the weak faculty tenure-track job market in many fields or the reports of high rates of depression among graduate students. But a lot of attention is already focused on those “public bads.” Instead I want to focus on the aspects of academic work and life that are selectively bad — that is, they’re bad for some people, but not for others. I suspect these aspects get short shrift in advising discussions, because most professors are in the latter group.

Before I proceed, two caveats:

Here is my list of lesser-known truths about academic life that you should consider before setting your sights on a faculty career.

You have to like long-term projects. With few exceptions, the most time an undergraduate has spent on a research or writing project is a few months. In academe, everything is a long-term project.

Here’s the timeline for the birth of my forthcoming article: My co-author and I began discussing the idea behind the paper in mid-2012. We wrote a draft, which took six months or so, and began presenting it at conferences in early 2013. We first submitted it to a journal later that year. It was rejected by three journals (don’t expect a quick response). The fourth journal invited us to revise-and-resubmit the article in the summer of 2015. It was accepted there in October 2015, although it won’t be published until … I actually have no idea when it will be published. As of the spring of 2017, five years after we started, I’m still waiting for it to appear in print.

Perhaps my experience with publishing took longer than average (it was our first publication), but I doubt it’s by much. In academe, you have to either like waiting, or get used to it.

You also have to be good at managing your time over very long stretches. If your deadline and completion date are years in the future, how do you get started? Or keep going? You learn quickly how to compartmentalize large projects into many, many smaller tasks.

And yet oftentimes there aren’t many discrete tasks to accomplish. Sometimes you might just need to think about something for a very long time. I spent countless hours in graduate school literally staring at a wall, trying to compact a conceptual problem in my mind. It’s tough to know when you’re done, or when you can be done — I woke up plenty of times in the middle of the night to write things down.

You don’t need to feel like you’re succeeding. There are days when you’ll feel successful — but not many. On any given day, you may have completed 1 to 2 percent of a project, but often it’s tough to see where that piece fits into the larger whole.

The other reality of graduate school: There are simply very few milestones. You pass your comprehensive exams, your candidacy defense, and your dissertation defense. Over the course of five or six years (or more), you have three markers that tell you you’re doing well. Apart from those three, the only real professional currency you can acquire is publications. However, to put it simply, you don’t want to rely on the publication process to tell you if you’re successful.

That’s not to say the work isn’t interesting or rewarding, because it often is.

One thing my professors told me early in graduate school: You absolutely must condition yourself to fail. Constantly. For every small success I had in graduate school, I am certain I had at least a dozen failures: rejected articles, brutal conference reviews, unexpected flaws discovered in something I’d just spent days working on, etc.

These iterative failures are, at a very deep level, the essence of creating new knowledge, and are therefore inseparable from the job. If you can’t imagine going to bed at the end of nearly every day with a nagging feeling that you could have done better, academe is not for you.

You don’t care where you live. In recent years, plenty of warnings been issued about the weak tenure-track job market (too many candidates, too few openings) yet many graduate students still fail to grasp just how much they’re sacrificing control over their own future — where they will work and live — to the vagaries of a brutal, indifferent market.

I’ve heard — via friends who have served on search committees — that the number of applicants for a single tenure-track opening is routinely 100 or more. The odds, then, of being offered an interview at any one place are very low (unconditionally, say less than 5 percent). To reach a reasonably high probability of receiving an offer you will need to apply everywhere there is a job listing you might reasonably fill.

I have heard prospective or new graduate students say things like “I wouldn’t mind starting out at a place like the University of Kansas,” or some other institution they perceive to be of similarly modest prestige. Let me be clear: You won’t get a job at Kansas. Getting a job at Kansas would be fantastic and is therefore exceedingly difficult. For nearly all students outside of the very top graduate programs, a job at Kansas (or similar institution) is almost certainly your best-case scenario.

If you have family ties that prevent you from living outside a certain area, or a partner with an inflexible job, you will be very unlikely to find a tenure-track job.

You don’t mind moving frequently. Because finding a tenure-track position is very difficult, new Ph.D.s often move through a series of short-term positions that do not offer the promise of long-term employment. Many of those jobs do not offer basic benefits like health insurance. If you can publish enough during this time period, it is sometimes possible to move into a tenure-track position. However, publishing is doubly difficult in visiting and adjunct positions, because you will be teaching a large number of courses.

A related point: Academics’ lives are often hilariously peripatetic. I know multiple people who live hours away from their home institutions and commute in to work two to three days a week. If you arrive to graduate school single, you may soon acquire what is known as the “two-body problem,” the name given to the deeply unfortunate situation in which one academic is married to another. This either complicates the problem of finding a job dramatically, provides an opportunity for the aforementioned multi-hour commute, or sets you up for a permanent long-distance relationship.

Tolerance for any of those things varies from person to person, and so they are worth pointing out before you invest six years of your life into a relatively infungible degree.

On a personal note, the last two of these factors played the biggest role in pushing me out: I didn’t want to give up control over where I lived, and I didn’t want to move frequently. That meant I needed to apply very selectively to jobs, which in turn meant that I didn’t get one.

If any of these factors sound like dimensions on which you’re unwilling to compromise, understand that academe will almost certainly be six to eight years of training for a field in which you will not find employment.

As for me, at least for now, I’m moving to the private sector. In June, I start a position at the Gerson Lehrman Group, where I’ll be designing survey instruments.

I hope that this is a useful look behind the curtain for people considering a faculty career. And I hope I haven’t been unfairly negative. There are plenty of things I loved about academe: My six years in graduate school were some of the best of my life. The research is, I think, genuinely interesting. The people are, contrary to what you might hear, mostly fantastic.

But there are pros and cons, and everyone who enters a doctoral program should do so with eyes fully open. 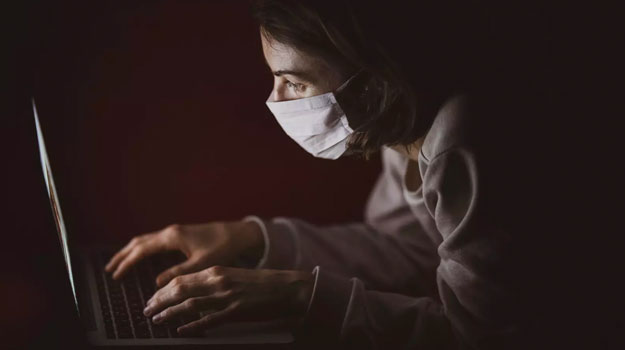