So you’ve made it out of a very crowded candidate pool. You are one of perhaps six to 12 semifinalists in an administrative search. What happens next?

In the first five columns of this Admin 101 series, I reviewed the initial decision to seek a leadership position in academe, the ways to prep for the job hunt, the challenges of working with search consultants, the tricks to assembling your application, and the difficulties of getting your name in the candidate pool that matters.

Now we turn to the first-round interview. It may happen via Skype (or some other teleconference technology). Or it may take place in person — perhaps at an airport, but more likely at an office, hotel, conference center, or on the campus itself.

A Skype interview is the typical first-round venue for department-chair openings. For most deanships, and for almost all vice-president, provost, or president/chancellor positions, the search committee — and the search consultant, if there is one — will want to meet you in person. Because Skype and airport interviews are sufficiently similar, I will deal with them together. Suggestions I make for one also apply to the other.

Styling yourself. When readying the setup for a teleconference interview, recall the sputtered line from The Godfather: “A man in my position can’t afford to be made to look ridiculous!” For most members of the search committee, the initial interview will be their first impression of you “live.” Their standards will be high. It is vital to make the case why you should be, say, a dean. But it’s equally necessary to talk, look, and sound like a dean.

Think about your on-camera or in-person appearance. Obey the familiar rules of television-news presentation:

In short, style yourself for the position — and the audience. I know of a candidate for a deanship of arts and design who was derided for wearing “a $4,000 suit with diamond cufflinks.” A candidate for dean of a business school was critiqued for dressing “like his cats picked out his wardrobe.”

Appraise the setting. For an in-person interview, when you enter the room, circulate and shake hands — presumably you have memorized the names of those likely to be present. Sit square; although the Amy Cuddy “power pose” claim has been debunked, good posture is always commendable. Elevate your chair to its maximum height, especially if you are shorter. If you are wearing a suitcoat or a jacket, sit on the tail.

For Skype, there is much more to consider. I am amazed at how many senior professionals fail to think through what is around them in the visual frame. Omit from view your “Legends of Nascar” collector plates, your Cthulhu figurine collection, your piles of laundry. Avoid uncovered windows with light blazing in. A friend on a search committee recalled one candidate who spoke from an office with piles of boxes stuffed with books and papers in the background. “Had he just been fired?” was the committee’s speculation.

In setting the scene around you, think staid and academically simple — a bookcase, and perhaps some framed awards, degrees, or family pictures.

Equally crucial for a teleconference is testing the technology. Most Skype glitches derive from miscalculations with lighting, camera position, or sound quality. Are you using a high-quality camera and mic? Are you transmitting clearly, and at an adequate volume? Buy a special desktop light set just for teleconferences to portrait you evenly and naturally. The camera should frame you in medium (torso) shot. I recall one Skype interview in which the candidate started out with only her forehead visible. Don’t be a tiny dot on the screen, or an Olmec giant head. Remember, an air of basic competence is part of the first impression you want to project.

Mind your manner. In a first-round interview, you want to act the part of the position (see Erving Goffman’s famous study, “The Presentation of Self in Everyday Life”). Everyone expects a college president to radiate urbanity, confidence, and eloquence. The committee is charged with finding a respected leader, not a new assistant professor. Be yourself, but be your best self.

Certain interview behaviors are universally appealing — for example, look directly at people when you’re talking to them, or at the camera during a teleconference. Police yourself of tics and mannerisms that distract from your content and substance. Practice in a video rehearsal in front of trusted friends who will give you an honest critique.

Rehearsing also helps you organize your responses. No one has faith in leadership candidates who seem to forget where they are in their answers (“seemed disorganized”) or who have to ask repeatedly, “What was the question again?” A provost contender who repeatedly “ums” and “ahs” continuously does not impress.

Above all, guard against overusing verbal “interview tricks” drawn from online essays on the “top 10 slam-dunk ways to ace a hiring interview.” Example: If you repeatedly say “That’s a great question!,” the committee will doubt both your sincerity and your competence.

Be prepared but not overly scripted. There are rarely any surprise questions at this stage of the hiring process, so heavy penalties face the candidate who seems to miss a fat, slow pitch. A friend described an airport interviewee who, when asked, “What attracts you to our position and university?,” replied: “Gee, I haven’t thought about that.” No future vice president for academic affairs was he.

Some questions demand a certain type or scope of answer. A question like, “Which academic leaders do you most admire, and why?,” calls for anecdote and personal narrative. By contrast, the best response to a question about raising an institution’s research productivity and fund-raising status would include facts and figures, metrics and analytics, national-trend lines and cases — a homey story alone would not suffice.

There’s a fine line between practiced and canned. If you reel off answers as if you were an airline pilot checking off gauges, you won’t wow the committee. So find your sweet spot for how much prep you need to provide ready, natural-sounding answers to familiar questions. Note that the same principle will apply to the campus interviews to come, where you will very likely be asked the same questions over and over and will need to sound fresh (and not irritated) each time.

Keep your mind on the clock. Too many candidates — for all sorts of positions, from postdoc to chancellor — seem unaware of timing and time limits. If the airport or Skype interview is scheduled for an hour and you are instructed to pace yourself (“We will ask you seven questions, but leave some time at the end for your questions for us”) rambling for 40 minutes on the first question is disastrous. They’re not looking for an oblivious, undisciplined, and sloppy leader.

Some candidates put a watch or a cellphone on the table. If you’re being interviewed via Skype, hang a clock on an opposite wall to keep track of time. You will also sense that certain questions can be dealt with briefly, while others require long, detailed answers.

Listen carefully, and read the room. Every leadership candidate I have ever met or heard of has insisted he or she has excellent “listening skills.” Maybe they all do. But the hiring interview is a dangerous showcase for those skills, because it is easy to get so caught up in giving your amazing answers that you forget there is an audience. One tic to avoid is starting your answer before the question has been fully asked.

A commensurate proficiency is the ability to read a room and the aura of the audience. Do people look bored by your long answer? Disappointed by a short one? Is there something that they are looking for that you are not saying? Do you sense some disagreement on the committee on some profile “requirement”?

Have your own questions ready. Another stumble-prone part of administrative job interviews comes when you are prompted to pose your own queries. You can fail by minimalism, as in: “Nope, I’m good.” You also risk leaving a bad impression if you get bogged down in the weeds: “What was the college budget in terms of M&O, differential tuition, and need-based scholarships from FY 1998 to FY 2017?”

Neither am I a fan of those lists of “sure-fire questions to ask the committee” that have circulated for years. The questions are usually far too generic: “If I am honored to be your next dean, what would be the surest signs our partnership had been a success five years from now?” Ask such questions and you’ll convey only that you are intellectually lazy and couldn’t come up with anything on your own.

Your questions should fit the institution — its goals and its current situation. Say you are interviewing for a position as dean of engineering. When asked if you have any questions, you might inquire: “Your new college strategic plan stresses that every undergraduate major should undergo a ‘significant international experience.’ That’s very ambitious. How are students currently fulfilling this requirement?”

Asking that sort of tailored question accomplishes the following:

And so on. The point is to ask questions that reveal your strengths and uncover more about the position itself.

Until this point, the administrative hiring process has been largely speculative. During the semifinalist interviews, your face, voice, style, tone, manner, and, yes, the content of your comments are put to direct and personal proof. Of course, if you “pass,” the greatest and most grueling test of all arrives next: You go to the campus to interview as a finalist.

David D. Perlmutter is a professor in and dean of the College of Media & Communication at Texas Tech University. He writes the “Career Confidential” advice column for The Chronicle. His book, Promotion and Tenure Confidential was published by Harvard University Press in 2010. 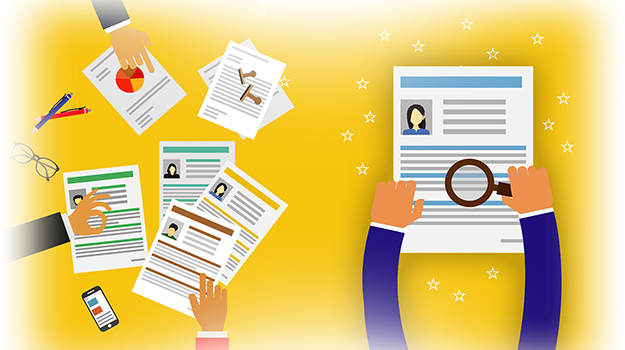 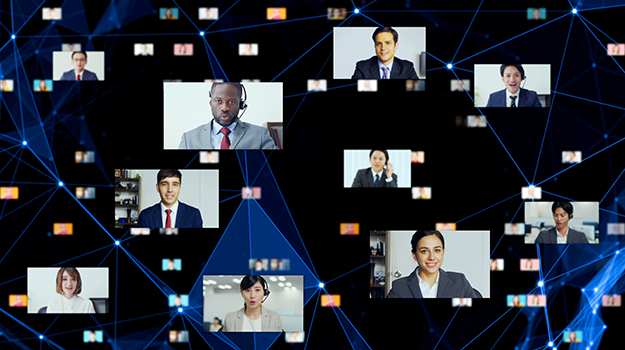 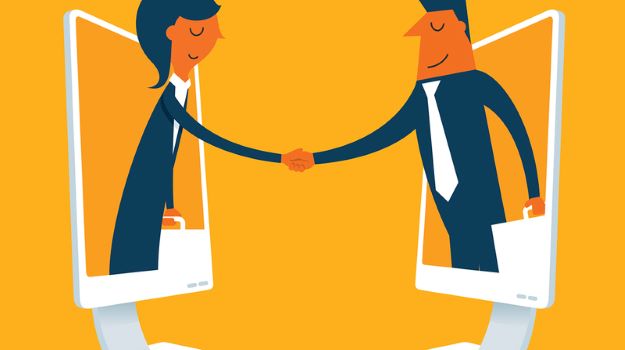